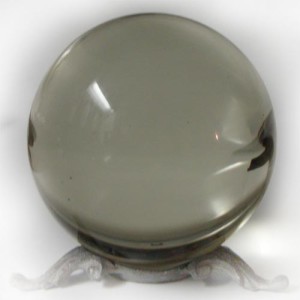 Janet is hosting a special event at her home where she will be channeling Blue Feather.

Universal messages will be offered followed with an opportunity for you to ask your personal question.

Do you have questions about 2013?  Need some clarity? Would you like to see if Blue Feather has a message for you?

Come join in on the fun! END_OF_DOCUMENT_TOKEN_TO_BE_REPLACED

On June 19th 2009 a groups of us had a second interview with Blue Feather on the future of Planet Earth. This is the second series of channeled writings offering “Practical Guidance from the Spirit World for the chaotic times ahead. One of his topics was “pay attention to the airplanes”.  There is a great possibility that they are not being END_OF_DOCUMENT_TOKEN_TO_BE_REPLACED

On March 20, 2009 I went into trance while a colleague interviewed my spirit teacher, Blue Feather.

Blue Feather had agreed to show us what he and the spirit world are seeing for the future of planet earth and the result was this article – the first in a series of channeled writings offering “Practical Guidance from the Spirit World” for the chaotic times ahead.

Collectively, we have done much harm to our planet. Blue Feather pointed out some of the activities that have caused the most disturbance for the earth, and he also let us know that we can improve the situation – but we need to be better informed – and we need to act quickly.

I hope this article inspires and helps you to understand more clearly what your role is, as we head toward the year 2012, a major turning point in our planet’s future.

Blue Feather was very concerned about the problem of pollution. Because of all the electrical appliances and electronic gadgets we use, there are waves of electrical energy going back and forth through the air, and this has an effect on the physical body.

In addition, much pollution comes up from the earth in the form of toxins (that humans put there): electricity, chemicals, and even vibration. The chemicals come up through the earth and are released into our atmosphere and we all breathe them in. Pollution also comes from the sky down. Airplanes create more pollution than we realize. Blue Feather even mentioned the launching of the space shuttle as a significant cause of air pollution in Florida.

Spirit is aware of all this, but many people are not or, perhaps, they choose to ignore the severity of the problem. All of these toxins in the air travel and, although they travel slowly, we can’t ignore that what goes on in one part of the world affects the rest.

Things that “ignite” set off a chemical release – through their explosions – that are detrimental to human health. Especially significant are the wartime ignitions caused by the increased bombings and gunfire. We don’t have a screen to filter it all out… plus the air is very stagnant, causing congestion in people’s bodies. Moving to less polluted areas can help, Blue Feather said, “Some, but not enough.”

What is coming up from the earth and down from the atmosphere needs to be cleansed.  Rain water helps, but Blue Feather noted that many areas are very dry currently, while others are experiencing flooding. Peace in the world would help – vibrationally and chemically.

Blue Feather said it would be helpful if farmers were more conscious about the fertilizers they used. Some fertilizers are fine, but fertilizers with petroleum products in them are detrimental. Organic gardening, which is being adopted by more and more people, will become even more popular in the future.

Alternative energy is very important, but a more thorough approach is needed because some oils can be used and some cannot, petroleum-based oil being a major pollutant. Blue Feather liked the idea of hybrid cars, however, because their fumes are less toxic.

All of this has to do with our consciousness about the issues. The various movies and discussions about global warming have helped raise awareness and there are many who are promoting this through books and articles as well.

Staying positive is so important to counteract the darkness that exists, with all the corruption, greed and dishonesty that is so evident today. Like-minded people who come together in groups can create stronger light to absorb and counterbalance much of the darker energy. Gatherings of people with burning candles and prayer can do more than one imagines to restore humankind to a more positive state.

While most of the channeling concerned the health of planet earth, Blue Feather also stressed the importance of taking care of our human bodies, through exercise and diet. What we put into the earth, the atmosphere and our physical bodies has an impact on our overall health.

Many people get sick because of the foods they eat – both the types of food and the additives in those foods. Blue Feather counseled, “Many vegetables; less grease.”

The state of our mind – our consciousness – has an impact on the health (and future) of the planet. Equally, the health of the planet affects our physical bodies and the future of mankind. We really can’t afford to take any of this for granted anymore – and that is Blue Feather’s main reason for this new series of channeled interviews.

Awareness is one side of the coin. The other is action.