I am a Certified Spirit Medium and ordained minister with a private practice in Tampa, Florida. I was ordained as a minister through Harmony Church in Tampa and currently serves at People’s Spiritualist Church in St. Petersburg, Florida. I am publishing many of my sermons online as they may both benefit you, and illustrate additional spiritual services that I can provide to you at weddings or other gatherings.

Where no counsel is, the people fall: but in multitude of counselors there is END_OF_DOCUMENT_TOKEN_TO_BE_REPLACED

Do you have psychic powers? If you think the answer is no…

The truth is, everyone has psychic powers.  Believe it or not, every human has within him or her the ability to use psychic energy and take advantage of psychic energy for creative purposes.  Even children have these abilities.  The problem is that we don’t realize that we possess this potential – and therefore, it never gets used by most of us.

Before we explore that, though, let’s talk about what this psychic energy is and where it comes from – so you can understand the hidden potential you possess.

What are Psychic Powers?

When most people hear the phrase “psychic power,” they tend to envision some magical force found in movies and comic books.  You know: People flying through the air, lifting heavy objects with their minds, etc.

The truth is that psychic powers are more nuanced and varied.  (This is why we frequently do not know we have them.)

For example, have you ever felt like you have an innate knowledge of something – a natural grasp of something that you just couldn’t explain? Maybe you seem to just know how someone is feeling without talking to them.  Or perhaps you can locate hidden objects with ease, or sense the presence of other beings.

There are a variety of psychic powers that depend on the innate spiritual power of a human being, and all of them can be harnessed and wielded by their owners – if the owners are aware of them, of course! But what is the origin of these powers?

The origin of psychic powers in a human being rests in one mysterious yet powerful concept.

Humans are spiritual beings. We possess great amounts of spiritual energy within our bodies and souls, the energy that forms a common bond between all living things.  Our souls are the centers of our presence here in the universe, and it is the soul that gives us our psychic potential.

Of course, taking advantage of psychic potential means you have to first acknowledge it.  But, you also have to put yourself in the right mindset so you can achieve the power within you.

The first step is to be positive. Positive attracts positive; if you want positive results, you have to have the right attitude.  You will never achieve your full potential – psychic or otherwise – if you are not positive.

The next step is to relax and focus on who you are.  Focus on what makes you, you.  Try to eliminate stress in your life as much as possible.  Stress interferes with psychic channeling and denies you the ability to use your gift.

The more you focus on your abilities and pay attention to yourself and your soul, the more likely you are to identify your innate talent and learn how to start using it.

Throughout the process, though, remember that you, as a child of the universe, are a spiritual being and have spiritual capabilities within you.  Hold on to that thought.  Take hold of your capacity and capability, and focus on the positive.  You have psychic powers; now you just learn how to use them! 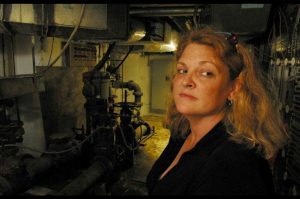 If you have a problem with your work environment – say, with a co-worker, a boss, or perhaps a difficult project – you are not alone.  People experience problems on a daily basis at work, ranging from simple matters to complex situations involving people that can be incredibly stressful.  This stress is harmful to your health, which means resolving these situations is a priority.  A medium can actually help you clear up such a situation in your work world through careful insight.

A medium is a person with special spiritual gifts of communication and connection with the spiritual world, a connection that gives the medium special insight into what most other people do not see or detect or understand.  This insight can range from relatively-simple visions to more complicated communications with spirits in another plane of existence.  In all cases, the medium’s talent of communication and channeling can help you with problems you have at work.

Imagine that you have a problem with a co-worker.  There may be a misunderstanding between you two – or he or she may be purposely interfering with you and causing this strife.  By visiting a medium, you can discover the truth of the situation and gain valuable insight into what is occurring to cause this disruption in your life.  If there’s a misunderstanding, for example, a medium could reveal to you the nature of this misunderstanding.  It is likely that neither you nor your co-worker were aware of the true nature of the misunderstanding.

With the insight provided by a medium, you can clear up troublesome situations in your work world and make your work environment a place of peace and harmony.  This alone makes a trip to see a medium about your work situation worthwhile.

Many are unaware of the true different between a medium and a psychic. Frequently, people assume psychics are mediums and vice versa; however, despite this common belief, these two words are not interchangeable. Throughout this article, we will briefly examine the difference between these two terms and talk about what each one means.

We will start by addressing the term that’s familiar with most people—psychic. The term “psychic” refers to the ability to sense and perceive things that others are unable to detect. Psychics have extrasensory perception, also known as ESP.  This extrasensory perception is often referred to as the sixth sense—an addition to hearing, seeing, touching, tasting, and smelling. Therefore, psychics have the sixth sense that others lack, giving them an ability to perceive things outside of a normal person’s ability. Psychics use this extra sensory perception ability in a variety of skills, techniques, and practices, including foretelling the future.

On the other hand, a medium specifically refers to a person that communicates with those that are no longer living—the dead. These individuals communicate with spirits in the afterlife. The term “medium” comes from the person’s ability to foster communication between the spirits and the living. Spirits can refer to the deceased, angels, and even demons. Furthermore, there are some instances in which the spirit is given permission to take over and speak or write through the body of the medium.

Psychics and mediums are similar in that they both function in an altered state and feature abilities that involve the supernatural aspect of the human mind and spirit. Furthermore, both have an extra sense that allows them to go beyond normal functioning. However, despite these similarities these two words are not interchangeable and refer to two different areas and occupations.