Come listen to the messages given by Janet, Reverend LeRoy Zemke, and astrologer Loise Fimlaid.  They will be discussing insightful views and predictions of what the year holds for America and the world in general.

Admission is $10 with door prizes being given away.

Temple of the Living God of St Petersburg 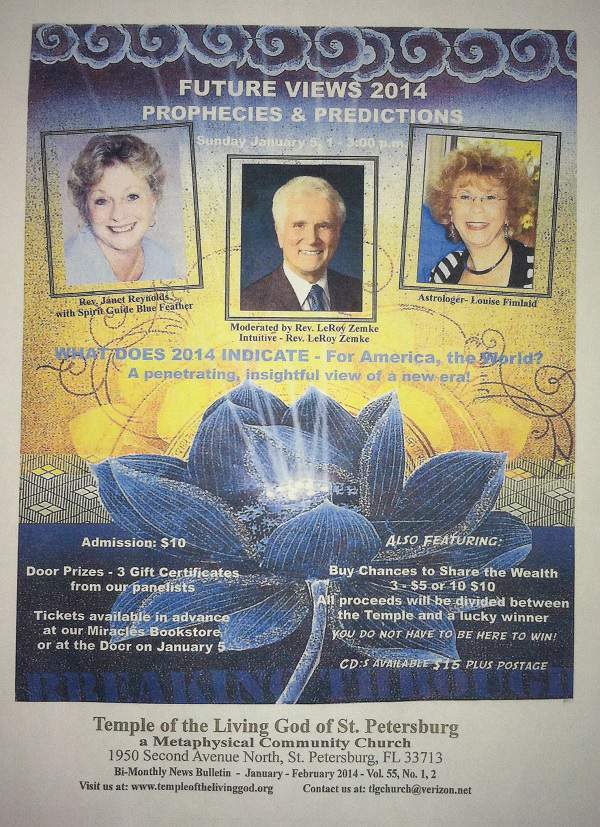